The NRHA European Futurity marks its sixth edition – Look for the increase in the added money, the online entry form, deadlines and conditions!

By Simona Diale – The Ostbayernhalle in Rieden-Kreuth, Germany, will once again host the National Reining Horse Association (NRHA) European Futurity which will be held from March 30 through April 5. 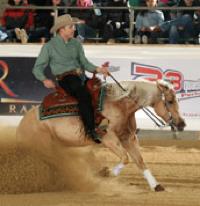 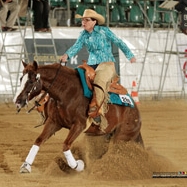 The entry deadline is February 1 for the Futurity classes and February 22 for the Ancillary classes.

The Entry Form and Conditions may be downloaded from the official website of the event:  www.nrhaeuropeanfuturity.com.

Important information regarding clipping horses:
Clipping horses is not allowed in Germany and clipped horses are not allowed to enter the show grounds. Should a trainer/horse owner violate this provision and regulation and NRHA Global GmbH is fined because of the violation, the trainer/owner has to hold NRHA Global GmbH harmless. (Clipping refers to a grooming practice.)

Don’t miss out on all the latest news, visit www.nrhaeuropeanfuturity.com.
Photos by Andrea Bonaga.